Kelsey Douglass had it all. A loving husband, a three story house, a stable income, and a beautiful young boy on the way. She was happy, full of life, and optimistic about her future. Unfortunately for Kelsey, her upper-class lifestyle was derailed when she insisted her child not be breastfed, but raised on almond milk.

“I just wanted him to be healthy,” said Kelsey. “I didn’t mean for any of this to happen.”

Mrs. Douglass isn’t the only one to face the harsh consequences of this striking new trend. Thousands of Americans across the country have lost everything in the pursuit of an organic child. The increase in demand has only made things worse for these mothers, fathers, and children. The price of one gallon of organic almond milk has risen from $6 to $13,000 over the past year.

Many, like Mrs. Douglass, remain hopeful. “I’m getting priced out, I know. I know. But I’ll do whatever it takes to protect my baby from an inorganic lifestyle. If we have to live on the streets, if I have to beg, it doesn’t matter. Billy is gonna get his almond milk.”

Some have even gone to more extreme lengths. Just last month, a woman in Arkansas was murdered in cold blood over a spoonful of almond milk. It was the third almond milk related death in the state this year.

Grocery stores are taking precautions to protect themselves and their customers. Almost all stores have now placed almond milk under lock and key in the razor section. Walmart has the beverage in the gaming section, right behind Grand Theft Auto 6.

On the same note, others are taking advantage of the rise in demand. EA has just announced they’ll be releasing a new game, Grand Theft Almond Milk, in October of 2019. The RPG spectacular will feature a character who must steal enough almond milk to raise their child. The incredibly challenging game will reward the players who go to the greatest lengths to raise a strong, organic child.

Ultimately, the future for organic families isn’t looking too bright. Experts project the price of almond milk to continue rising. Economist Doug Spleeg gave his insight on the issue: “The price of almond milk seems to be growing exponentially, and that trend will likely continue until we have exhausted ourselves of all the almond milk available. People don’t realize how many almonds it takes to produce a gallon of almond milk. I mean, did you even notice there was milk in almonds before? Exactly.” 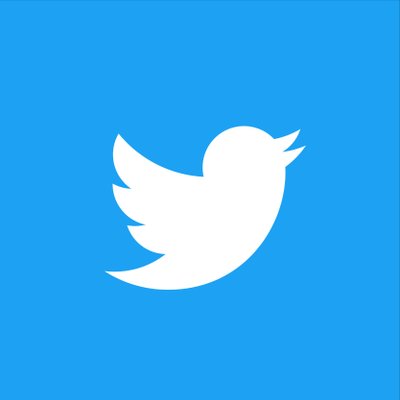 Twitter, once worth $40 billion, is now filing for bankruptcy, CEO Jack Dorsey has announced. The move comes just months after the company instituted a no tolerance policy on anger, banning any user who “exhibits or contributes to anger or vitriol.”

Down to just six users, Twitter has seen the steepest decline in engagement since Myspace suddenly became irrelevant when everyone went to high school. Dorsey is standing by his decision to implement the anti-anger policy. “Sometimes you just have to do what’s right, even if it destroys your business and your life. I’ll figure something out.”

Many have gone to the rising new social media site FuckYouMotherfucker to express their displeasure. Marcus Jeffries writes “Twitter used to be cool. I used to be able to log on every morning, find the first person who disagrees with me and call them a cunt munching bag of onion dust. I had fifty-thousand followers. People told me I was great. I’m nothing now. I have to start all over.”

Others, like Sarah Masterson, are taking advantage of the fresh start. “It’s great. I’m stoked to be on FuckYouMotherfucker before it gets huge. I’ve already got eight-thousand followers and as long as I keep telling people to choke on their own dicks and die, I think a lot of opportunities could open up for me. “

Reading over the apologies from celebrities like Kevin Hart, Nick Cannon, and Shane Gillis, Jacksonville, Florida resident Doug Robertson couldn’t help but feel inspired. The proud owner of a brand new Lenovo laptop, Robertson grinned from ear to ear, explaining that “this is the moment.. This is my time to finally make a difference in the world.”

We asked Robertson, a third year major in Ableist Behavioral Studies at North University of the West, what he planned on doing with his new computer.

“Well, I’m really committed to what I believe in, so I’ll definitely be doing a lot of research on celebrities. I heard Justin Bieber may have tweeted a joke as a teenager that closely resembles a passage from Hitler’s Mein Kampf, but nobody’s been able to find it. I met a friend on Instagram who lived around the corner from Bieber during those years, and he thinks that we can crack the code together. That would be huge. I’ve always known Justin is a terrible human being, I just need to get my eyes on that tweet so the rest of the world can see it with me.” 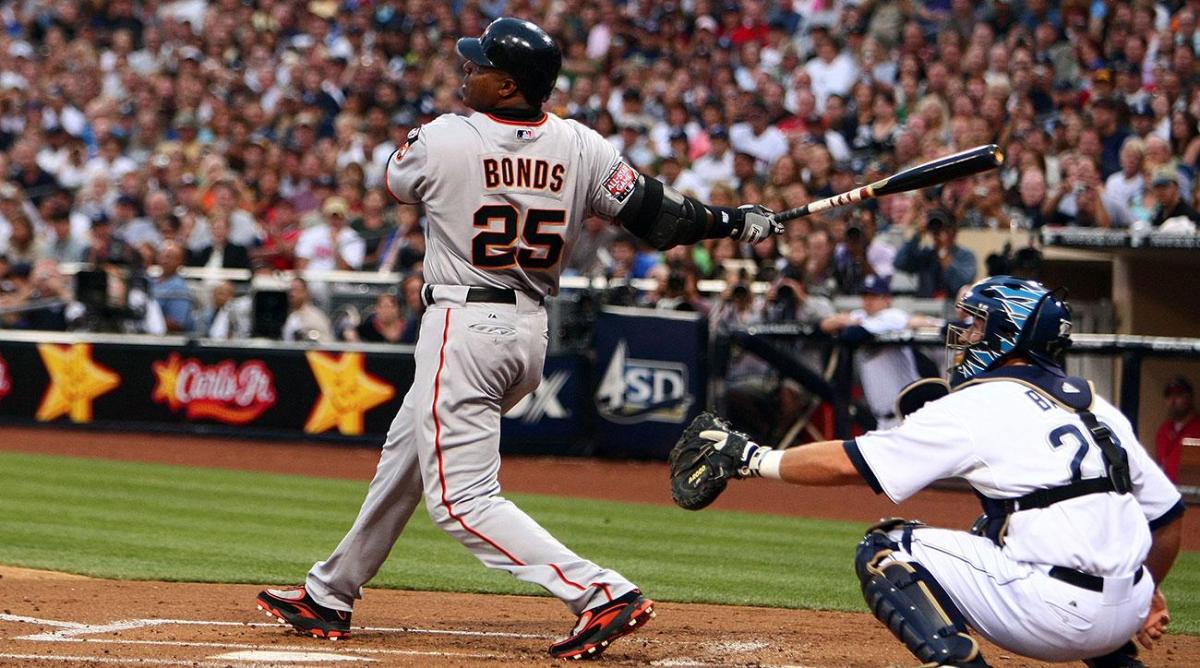 The Los Angeles Dodgers are reportedly interested in newly found free agent, Barry Bonds. Bonds, who last played in 2007 with the rival Giants, is seeking extended eligibly for the Hall of Fame after becoming frustrated with voters.

“It’s ludicrous” says Bonds. “These guys don’t care about how good of a ballplayer you were. They voted Harold Baines in for Christ sake. Harold fucking Baines. Did you know Harold Baines never even hit thirty home runs in a single season? And he was a designated hitter!”

When asked about his chances of getting into the hall someday, Bonds seemed hopeful. “I think if I just keep playing until most of these voters die, the new ones will vote me in. I’ve spoken with Jamie Moyer and Julio Franco, and they’ve been very helpful and supportive. Plus, by the time I’m 60 I should have at least one thousand home runs. Then they’ll have to vote me in.”

The challenge for Bonds will be finding a team willing to give him a shot. Fortunately, the Dodgers have already been expressing interest. The back-to-back National League Pennant winners have also expressed interest this offseason in Bryce Harper, Manny Machado, J.T. Realmuto, Bartolo Colon, Pete Rose, AA home run king Charlie Chester, the unborn son of Mike Trout, and a literal fish.

“We’re in on everyone,” says Andrew Friedman, President of baseball operations for the Dodgers. “If we think they can help us win, we have to entertain those options.”

Friedman was open-minded about where Bonds may play in the field. “He’ll give us another option, whether it be in the outfield, at first base, or off the bench. We like to have as many options as we can. If we have to play six outfielders and two infielders, that’s what we’ll do. We’ve entertained the prospect of playing without a catcher this season as well, so that’s certainly a possibility.”

When asked if playing for the Dodgers would be a difficult change, Bonds replied: “as long as I get to keep hitting dingers and get into the hall, I don’t really give a fuck.”

A Tulsa, Oklahoma man has been named the country’s most patriotic citizen by the National Census Bureau. Every year, the Bureau conducts a thorough and widespread survey to come up with twenty-five finalists for their national competition in a normally intense jostle for patriotic superiority. This year, however, the winner was clear from the start.

Bureau Chairman Brian Montez weighed in: “Usually, there’s fierce competition for this prestigious honor, where the board and judges are often faced with extremely difficult decisions. Every once in a while, however, somebody is just head and heels above the competition; and that was the case this year, when we found Kyle. Kyle sent us a picture of his lifted truck with a six foot American flag flying on top of it, and we just knew.”

“I felt his love for America from here,” said competition judge Laura Franklin, who resides in New York.

Even the ultra-harsh Massachusetts judge was complimentary. “You know, I thought I loved America, and then I saw Kyle. The mud on his truck. The large wheels, manufactured right here in America. The tinted windows. And of course, the flag. I had never seen such a glorious combination of gratitude and love for one’s country.”

Runner-up finisher David Dominquez was humbled to even be in the company of somebody like Kyle. “It’s crazy. My mother always told me to just do my best and be grateful I live in such a wonderful country. I took her advice to heart. Teaching American history to underprivileged youth, holding fundraisers to keep the Museum of American History afloat, going abroad to speak about representative democracy, these were all things I knew would make my mother and my country proud. To even be compared to somebody like Kyle is truly something I never could have even dreamed of.”

Video Streaming Giant, Netflix, has announced their belief that everyone who watches any of their shows is mentally crippled. In a recent press release, CEO Reed Hastings writes “We’re trying to connect more with our consumer base, and part of that is understanding who these people are and what they like. They like our shows, obviously, but who are they? Well, they’re all sorts of things. They are people from different backgrounds, races, beliefs and religions. But there is one thing they all have in common. They’re dumb as fuck.”

With this new understanding, Netflix is now taking more responsibility for telling their audience how they should behave, since they’re too mentally decrepit to understand for themselves. In a recent tweet, the company addressed their viewership’s reaction to serial killer, Ted Bundy. (Real quote) “I’ve seen a lot of talk about Ted Bundy’s alleged hotness and would like to gently remind everyone that there are literally THOUSANDS of hot men on the service – almost all of whom are not convicted serial murderers.”

We asked Los Angeles, California, resident and Netflix enthusiast Deirdre James for her thoughts. “I think this is really great of Netflix to stick their necks out there and protect their viewers from a dead serial killer. When I was watching the new Netflix documentary on Ted Bundy, I have to admit I, too, thought he was very attractive. And since I’m about as smart as a bag of potato chips, my next thought was “I should date a serial killer, now.” If it weren’t for Netflix, I would probably be in the trunk of somebody’s car right now.”

Another woman, Lassandra Loomez, expressed her gratitude for the media conglomerate. “I’m so thankful for Netflix. I didn’t even know Ted Bundy was a serial killer. I was watching the show, but since my brain is made of packing peanuts and tootsie rolls, I had no idea what was going on. All I knew was that he was hot and I wanted him inside of me. I was willing to do anything to make that happen with this man, and this man only. Thank God I logged onto Twitter and saw this tweet. Netflix saved my life.”

We asked Netflix Social Media Manager, Dobbie Dooberson, if he thought of himself as a hero. “You know, I really think so. I think it’s a huge responsibility to address this pervasive issue in society of finding terrible people physically attractive. In fact, to say anything that isn’t completely dismissive of someone like Ted Bundy is really just not okay. Imagine if somebody said Hitler had a nice mustache. Think of the damage that could do to our families, our children, our communities… It’s just damaging. It’s just so damaging.”